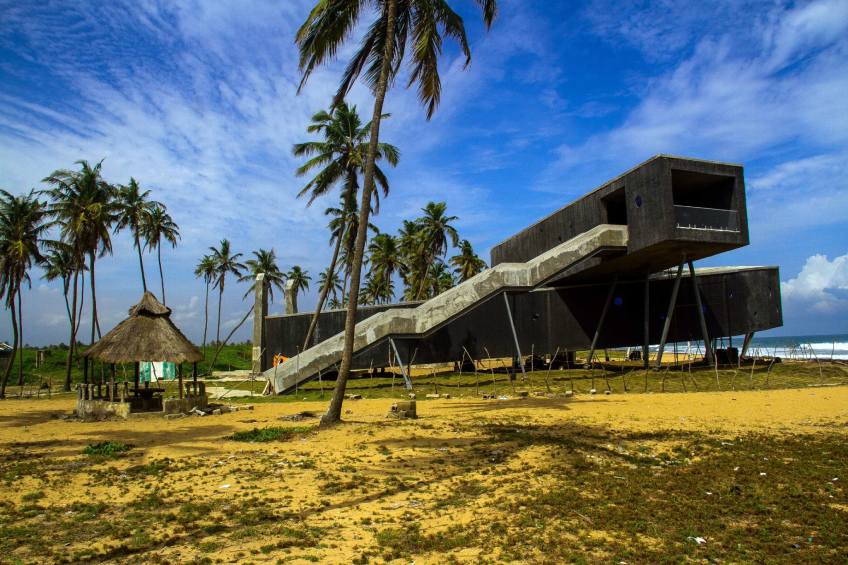 Gberefu Island, also known as Point of No Return, is a populated historical island located in Badagry, a local government area of Lagos State in the south-western part of Nigeria. Symbolized by two poles slightly slanted towards each other and facing the Atlantic Ocean, the island was a major slave port after it was opened in 1473 during the TransAtlantic Slave Trade era. According to Nigerian historians, as many as 10,000 slaves were believed to have been shipped to the Americas between 1518 and 1880 from the island.

Since Gberefu Island is a historic site, it has attracted several tourists around the world, thereby increasing its notability. According to 2015 statistics released in The Guardian, a total number of 3,634 people visited the island in 6 months.

***Fun Fact: The Well of Attenuation located on this Island, is believed to wipe the memory of slaves before they are taken to the beach (Point of No Return) to board ships that take them to faraway foreign land across the Atlantic.