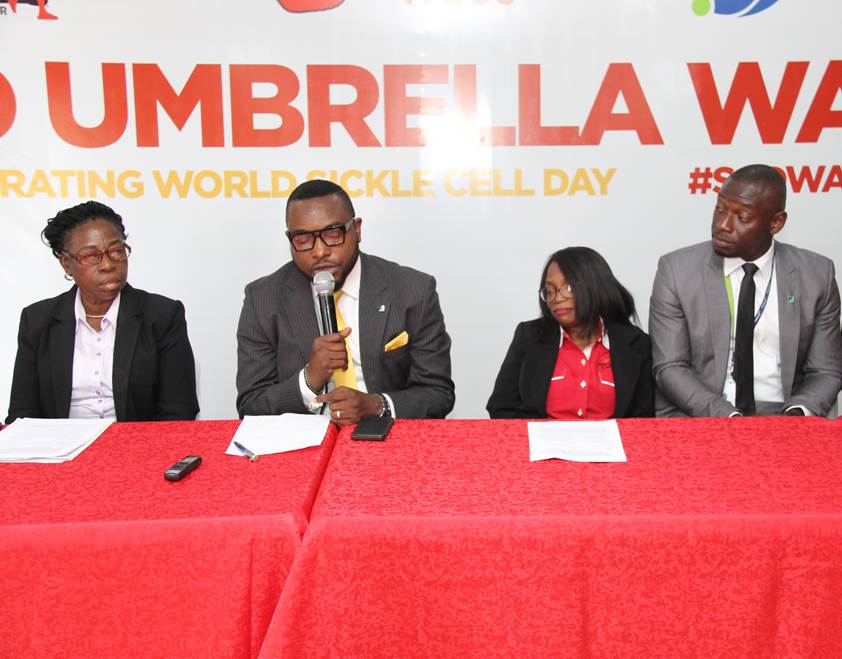 Speaking at the press briefing in Lagos, Head, Human Resources Recruitment/CSR and Sustainability, Fidelity Bank, Chris Nnakwe, explained that EBanking Division of the Bank worked with the Coalition of Sickle Cell NGOs in Nigeria to undertake its first Corporate Social Responsibility (CSR) initiative through the Fidelity Helping Hands Programme. This initiative will be powered by Fidelity (QR) mVisa.

Nnakwe regretted that about 150,000 children that are born with sickle cell disorder annually in Nigeria, 75% of them do not live to see their 5th birthday, adding that the situation calls for more collaboration for awareness and enlightenment. He noted that the lender’s Helping Hands initiative, which is part of its corporate social responsibility goes beyond building structures but creating awareness to promote healthy living among Nigerians.

“We intend to be part this journey of reducing the number of people living with sickle cell through awareness and education. We want to make it an annual event and every year we will see how to get involved as part of our contribution for healthy living in the country,”.

The Chairperson of the Coalition, Toyin Adeola commended Fidelity Bank for the partnership and asked other corporate organisation to emulate the gesture of the bank. Adeola noted that the Coalition of the NGO’s in Nigeria as a joint activity is organizing, the ‘Red Umbrella Walk’ scheduled to hold on June 16 in Lagos to create awareness about Sickle Cell Day at the community level.

“Our goal going forward is to improve the quality of life of people with sickle cell disorder in Nigeria and increase their average life expectancy from less than 20 years to what obtains among the affected persons in the US. which is 60 years and even surpass it. This can only happen if all hands are on deck, with governments working in concert alongside the private sector, NGOs and communities across the country”.

The United Nations declared World Sickle Cell Day as a day set aside to create more awareness and advocacy for people living with the disorder and educate the public on the dangers of stigma associated with the disorder.  The Coalition has constantly advocated the need for better coordinated effort towards control of SCD by the government at all levels and other concerned stakeholders.

Fidelity Ebanking are adding their voice to the cause through the “Red Umbrella walk” which is a one-on-one street awareness walk around the Surulere area. Fidelity mVisa is a new low cost payment solution that facilitates consumer- merchant payments and drives financial inclusion.