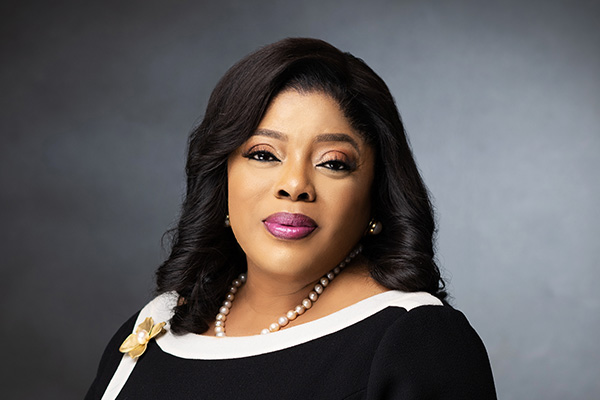 Mrs. Onyeali-Ikpe has been an integral part of the transformation team at Fidelity Bank in the last six years. She was formerly Executive Director, Lagos and South West, overseeing the bank’s business in the six states that make up the South West region of the bank. She led the transformation of the Directorate to profitability and sustained its impressive year-on-year growth, across key performance metrics, including contributing over 28% of the Bank’s PBT, Deposits and Loans.

She is a consummate professional of over 30 years’ experience across various banks including Standard Chartered Bank Plc, Zenith Bank Plc and Citizens International Bank Limited, where she held several management positions in Legal, Treasury, Investment Banking, Retail/Commercial Banking, Corporate Banking. She has been involved in the structuring of transactions in various sectors including oil & gas, manufacturing, aviation, real estate and exports.

Mrs. Onyeali-Ikpe holds Bachelor of Laws (LLB) and Master of Laws (LLM) degrees from the University of Nigeria, Nsukka and Kings College, London, respectively. She has attended executive training programs at Harvard Business School, The Wharton School University of Pennsylvania, INSEAD School of Business, Chicago Booth School of Business, London Business School and IMD amongst others.

She is also an Honorary Senior Member (HCIB) of The Chartered Institute of Bankers of Nigeria (CIBN).